No Epstein Indictment Here, For Now 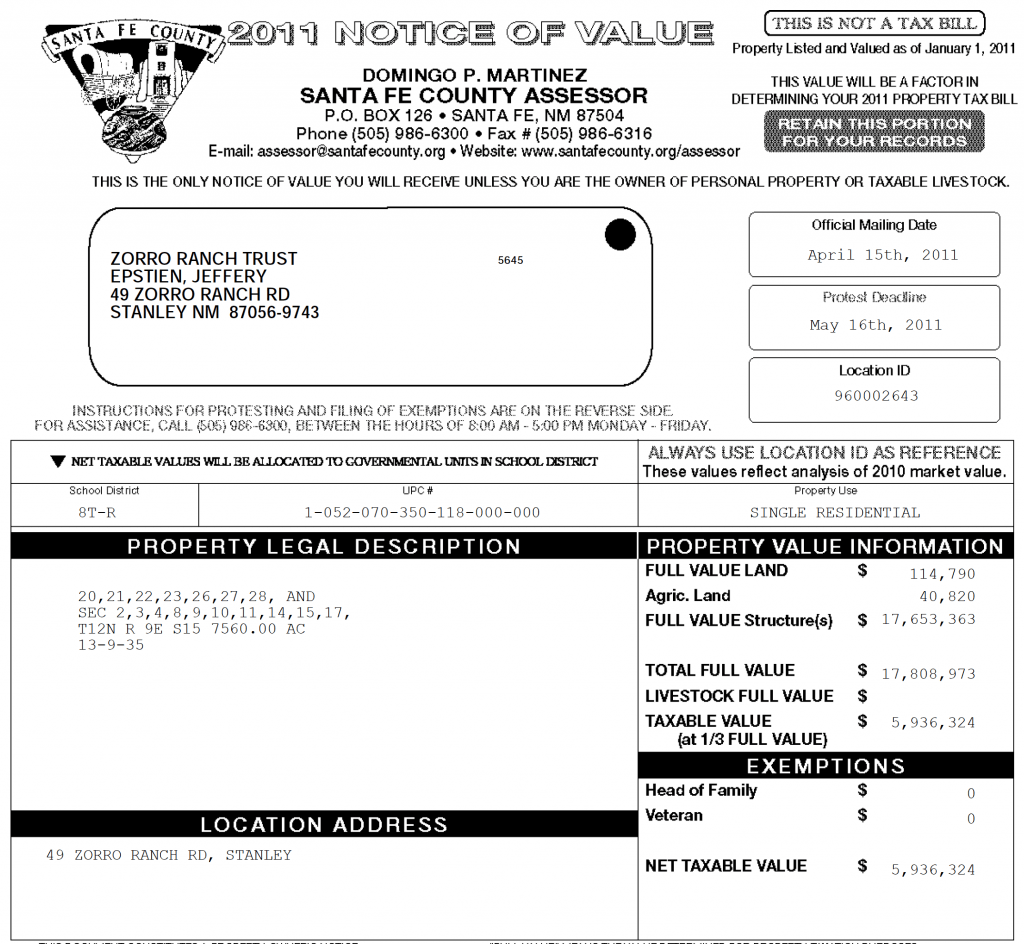 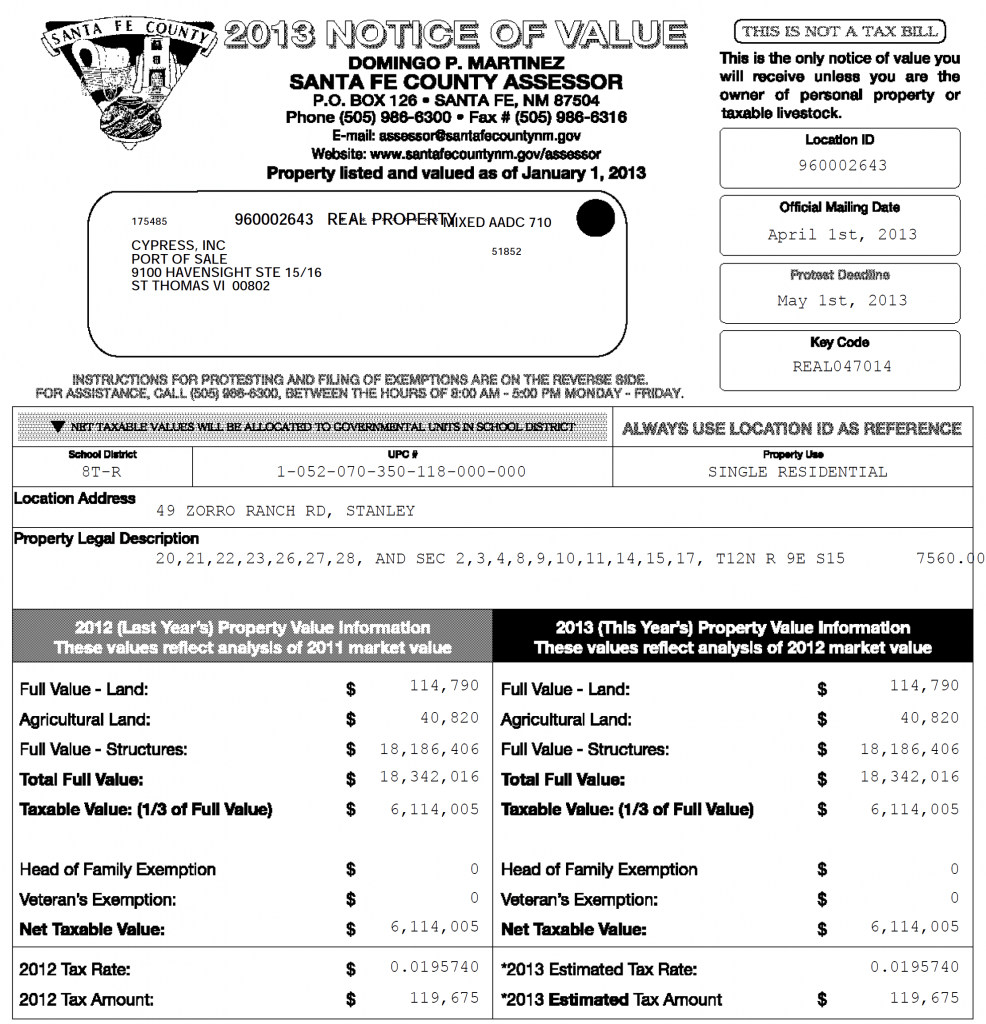 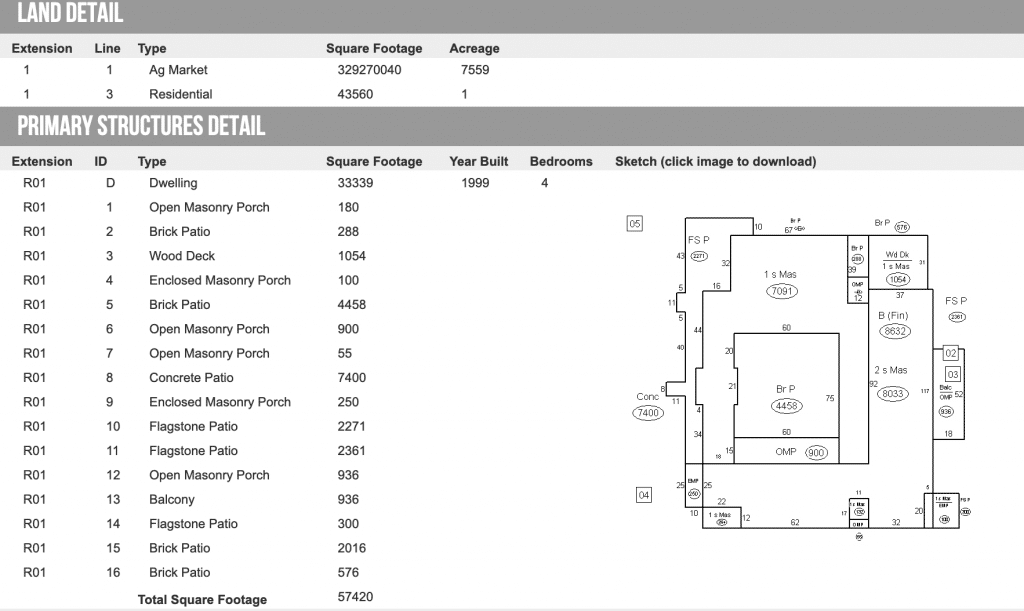 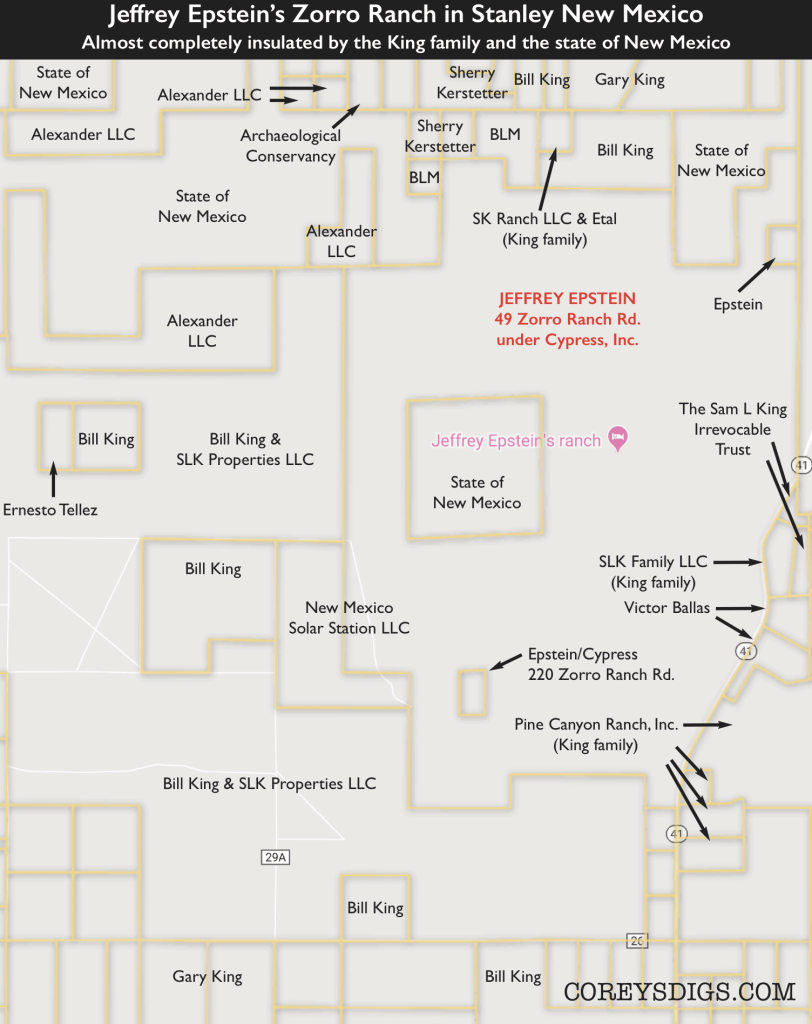 A journey through the Land of Enchantment, where the now-dead sex trafficker and his co-conspirators found a haven for radioactive secrets.

If there’s a secret, New Mexico will try to keep it. The Land of Enchantment has gotten a lot of practice over the years, well before the now-late Jeffrey Epstein purchased the Zorro Ranch south of Santa Fe. The world’s first nuclear weapon, code name “Gadget,” was detonated in New Mexico on July 16, 1945.* Tourists can now visit the Trinity Site on the U.S. Army’s White Sands Missile Range to view the epicenter of a highly secret government conspiracy involving top physicists called the Manhattan Project. Trinity is a 111-mile straight line from Zorro Ranch. Consider what lies within this way: Find a map. Make Epstein’s New Mexico operation the center. Put the Trinity site…

ALBUQUERQUE – At the center of Jeffrey Epstein’s secluded New Mexico ranch sits a sprawling residence the financier built decades ago — complete with plans for a 4,000-square-foot courtyard, a living room roughly the size of the average American home and a nearby private airplane runway.

Known as the Zorro Ranch, the high-desert property is now tied to an investigation that the state attorney general’s office says it has opened into Epstein with plans to forward findings to federal authorities in New York.

Epstein, who pleaded not guilty this week to federal sex trafficking charges in New York, has not faced criminal charges in New Mexico. But the scandal surrounding him has still sent a jolt through the rural southwestern state as it comes under scrutiny for laws that allowed him to avoid registering as a sex offender following a guilty plea…

Andrew’s Fixer: She is the Daughter of Robert Maxwell and She’s Manipulating His Jetset Lifestyle

IT HAS become almost a weekly occurrence that Prince Andrew is shown by a tabloid newspaper inviting a West Coast “actress”, into his bedroom to tuck him in at 2am, lounging on a yacht surrounded by topless women, or slipping out of nightclubs with various companions.

Previously mostly known for his modest naval career and love of golf, in the past 18 months the Prince has embarked on a new lifestyle redolent of a middle-aged swinger rediscovering his youth in the playgrounds of the Eurotrash.

His erratic behaviour has greatly upset Buckingham Palace and his ex-wife Fergie.

Alan Dershowiz, the ex-Harvard Law School professor who is playing a central role defending Donald Trump in his Senate Impeachment trial, has been hit with new claims he had sex with an underage girl as part of Jeffrey Epstein’s sex ring.

The alleged victim, known only as Jane Doe No. 3, filed a new sworn affidavit Jan. 23 in a simmering lawsuit, not only doubling-down on her claims, but also making her vulnerable to perjury.

most infamous victim as mansion’s bizarre interior is revealed

NOTE TO READERS – Many victims who were at Epstein’s Zorro Ranch in New Mexico were photographed there. Previously blacked out photos have since been un-redacted. -FC

received $275,000 in funding over the years from financier Jeffrey Epstein is hoping to donate some of the money.

The Albuquerque Journal reported Sunday that Santa Fe Institute officials want to donate $25,000, the equivalent of a contribution Epstein made in 2010.

The institute accepted it at the time despite Epstein pleading guilty two years earlier to soliciting a minor for prostitution. . . . “ (more)

“Almost 20 years ago, as a young chef I was hired to work for Jeffrey Epstein,” he explained in a statement. “My role was limited to meal preparation. I was unaware of the depraved behavior and have great sympathy and admiration for the brave women who have come forward.””

” . . . Eater, which broke the news of Lang’s connection to Epstein on Friday morning, noted that unsealed court documents show Lang had repeatedly flown aboard the alleged sex trafficker’s private plane on several occasions in 2000 and 2001 between his homes in Florida, the Virgin Islands and New Mexico. In a deposition in the case of Epstein accuser Virginia Roberts Giuffre, who claims he kept her as a teenage “sex slave,” pilot David Rodgers noted that Lang had stayed at Epstein’s Manhattan townhouse as well. No mention is made of any knowledge by Lang of Epstein’s misconduct.”

umm-hmmm … so these 12 year old girls and teens didn’t eat anything …..

“New Mexico officials are trying to seize parts of a ranch owned by Jeffery Epstein after the state commissioner was not allowed to visit the property.

Zorro Ranch, a nearly 10,0000-acre property about 40 miles south of Santa Fe, was one of several estates owned by Epstein, who killed himself in his New York jail cell earlier in August. The property consists of private and state-owned land that was leased under a 1993 purchase agreement.” . . . (more)

“On Thursday, AG Hector Balderas asked the state to retake the 1,244 acres of grassland after a probe by his office found that it was improperly leased in the late 1990s.”

Epstein’s Little Black Book with the blacked out parts revealed –