What kind of info do you have to handover to get away with one of the most horrendous crimes a human being can commit in the span of three decades?

The answer is most likely none since Epstein was working with the feds. pic.twitter.com/hIK8G2K2ym

BREAKING NEWS: Ghislaine Maxwell is ARRESTED by the FBI in New Hampshire and will appear in court later today

“Ghislaine Maxwell, the former girlfriend of Jeffrey Epstein and alleged madam who is accused of procuring young girls for him, has been arrested in New Hampshire.
The FBI took her into custody on Thursday morning and she is due to appear in a federal court later, NBC News reports, citing two unnamed sources.”

“The just-unsealed indictment charges stem from Maxwell’s role “in the sexual exploitation and abuse of multiple minor girls by Jeffrey Epstein” as early as 1994, court papers say.
“The victims were as young as 14 years old when they were groomed and abused by Maxwell and Epstein, both of whom knew that certain victims were in fact under the age of 18,” the indictment says.
She is specifically accused of grooming three underage victims for sex with Epstein in places including his Upper East Side townhouse, Florida, New Mexico and London.”

"This case against Ghislaine Maxwell is the prequel to the earlier case we brought against Jeffrey Epstein," says acting US attorney Audrey Strauss

"Maxwell played a critical role in helping Epstein to identify befriend and groom minor victims for abuse. In some cases Maxwell participated in the abuse herself," says Strauss

“Prince Andrew has “completely shut the door” on cooperating with federal prosecutors continuing to investigate Jeffrey Epstein’s sex trafficking ring, Manhattan U.S. Attorney Geoffrey Berman said Monday.
“Contrary to Prince Andrew’s very public offer to cooperate with our investigation into Epstein’s co-conspirators, an offer that was conveyed via press release, Prince Andrew has now completely shut the door on voluntary cooperation and our office is considering its options,” Berman said at an unrelated press conference.”

Opinion: It looks like the child rapist was just waiting for world news (stock market meltdown) to divert enough attention away from him to pull this trick – FC

“Clare Montgomery Q[C], the lawyer hired by Prince Andrew, has been referred to as “the most formidable member of the bar”, as she previously provided services to Chile’s former leader Augusto Pinochet and fugitive Indian tycoon Nirav Modi, wanted in the country’s most overwhelming fraud epic.” (We did not make up that name – FC)

Our money, given to the royal family, is being used to pay lawyers, to keep a man who is suspected of being involved in underage sex trafficking, away from justice or even just scrutiny.

Oh and address him as Your Highness.

I am a Revolting Subject. pic.twitter.com/ATzH4vmJzE

“The question came when intelligence and national security officials gathered earlier this week to brief members of the House Intelligence Committee on the Foreign Intelligence Surveillance Act (FISA), a law with some authorities that will expire in several weeks. Rep. Jackie Speier, a California Democrat, prefaced her question by saying it was a bit off-topic. According to two sources with knowledge of the briefing, Speier then asked John Demers, the Assistant Attorney General of the National Security Division at the Justice Department, whether Jeffrey Epstein had ever worked as an undercover FBI asset. Then she pressed him on whether he had any personal knowledge of Epstein—a convicted pedophile who died in jail last August, awaiting trial—working with the FBI.“

” . . . before the woman, who was 19 when questioned by federal agents in 2008, was able to testify, Epstein had secured a controversial non-prosecution agreement with the US Attorney’s Office in Miami by pleading guilty to two state prostitution charges. The alleged victim’s testimony was abruptly cancelled, while Epstein was sentenced to 18 months in a county jail.”

“A woman whose allegations of childhood sex abuse in New York were central to last year’s indictment of Jeffrey Epstein was questioned by the FBI and subpoenaed for testimony by federal prosecutors in Florida more than a decade ago in connection with the first federal investigation into Epstein’s alleged child sex trafficking, according to court documents and multiple sources familiar with the events.
But the woman, who was 19 at the time of her initial contact with federal agents in 2008, did not appear before a grand jury in West Palm Beach, as the subpoena commanded. Before her testimony could be secured, Epstein cemented a controversial and once-secret non-prosecution agreement. . . . “
[…and she was 14 when Epstein got a hold of her] 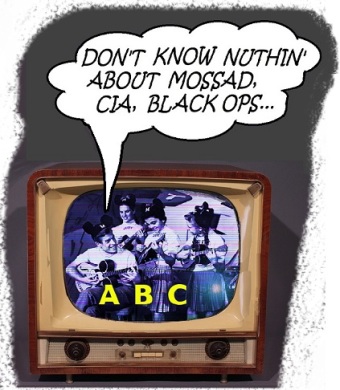 UNDER PRESSURE Prince Andrew MUST know something about Epstein’s crimes and can ‘only hide for so long’, says victims’ lawyer

“PRINCE Andrew MUST know something about Jeffrey Epstein’s crimes, a lawyer for the financier’s alleged victims said today.
US lawyer Lisa Bloom declared “he can only run for so long” after it emerged the 59-year-old was yet to speak with the FBI about his paedo pal. . . “

Zero Hedge –
FBI Confirms Maxwell, Others Are Under Investigation For Epstein Ties

Voat.co –  I created a video of every pedophile symbol hidden in plain sight that I could find

“Chauntae [ Davies ] has demanded that Andrew speak to FBI agents as they move to nail Epstein’s associates.
Andrew insisted last week he had not noticed young girls surrounding Epstein.
But Chauntae said: “I hope he is ­honest. There is no way you could have been a friend of Jeffrey’s and not know what was going on.
“I don’t see how you could see somebody with another young girl all the time and there never being a conversation about it. It doesn’t add up.””

Prince Andrew is ALREADY plotting a comeback, but Charles wants him ‘permanently retired’: Duke intends clearing his name by speaking to the FBI as Royal sources say he is ‘naively positive’ 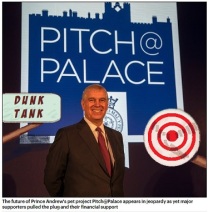 Daily News [UK] –
Defiant Prince Andrew carries on: Royal will fly to Bahrain for Pitch@Palace event despite being sacked from public duties by The Queen after his brother Charles ‘urged her to act to protect the monarchy’

• Prince Andrew drove from his home in Windsor this morning as calls for him to speak to the FBI grow louder
• ‘Distraught’ Duke of York summoned to Buckingham Palace by the Queen and told to stand down immediately
“Prince Andrew will fly on an official junket to Bahrain in the next 24 hours in an act of defiance after it was revealed Prince Charles told the Queen to sack him from all royal duties to save the monarchy.

The Duke of York will jet to the Gulf to try to save his beloved Pitch@Palace charity as a slew of big businesses pulled their sponsorship to avoid being associated with him after his disastrous BBC interview about Jeffrey Epstein and his ‘sex slave’ Virginia Roberts.”

Will he hide out or will he come home?

You can’t make this stuff up! – FC

rt- Season 12 of THE CROWN gonna be lit AF pic.twitter.com/RyIQdLoBwD

Exposed as a pedo, Andrew loses his mind and wanders off to promote Pitch@Palace in dictatorship of Bahrain

We don’t know where he is. Maybe they took his car keys.

Prince Andrew still planned to carry out a royal visit just days after stepping down from all royal duties — until the Queen stepped in.

“The next event, Pitch Global, is due to take place in Bahrain next week.
But Buckingham Palace refused to say whether or not Prince Andrew will attend it.”

While you’re looking at Dershowitz…
Why was Palm Beach resident & former FBI Director Louis Freeh running interference for Dershowitz in 2016? Where is the “evidence” that Freeh reviewed? What was the price tag on this get out of jail card?https://t.co/BnuZ7HRFDp