We found an interesting comment on Crazy Days and Nights –

The matrix – fathomable or unfathomable?
by James Higham

“News on the Maxwell case isn’t good. SDNY Acting AG Audrey Strauss has stepped down. Lucas Issacharoff has replaced her. Who [is] he?
Brace yourselves – James Comey’s son-in-law. Swamp water runs deep in the veins of that lot.”

US Attorney of SDNY steps down and Lucas Issacharoff steps in.

This is Comey’s son-in-law, married for Maureen. pic.twitter.com/bhEOrnbvPk

Gray’sEconomy – Comey shows just how deep the swamp is

” . . . In a sign that shows just how deep the swamp is, while Comey was defending his seemingly treasonous acts, his son-in-law, Lucas Issacharoff, was named lead lawyer for the feds in Manhattan on the Ghislaine Maxwell case.”

Is he, by any chance, related to Israel’s ambassador to Germany, Jeremy Issacharoff?

Dershowitz exposes former Israeli PM Ehud Barak in Epstein court filings The Duran Quick Take: Episode 581. The Duran’s Alex Christoforou and Editor-in-Chief Alexander Mercouris discuss the stunning news that former Israeli Prime Minister, Ehud Barak, was named as a sex offender in Epstein court filings submitted by former Epstein lawyer Alan Dershowitz, who is himself caught up in a legal battle withVirginia Roberts Giuffre, one of the first Epstein victims to go public with her 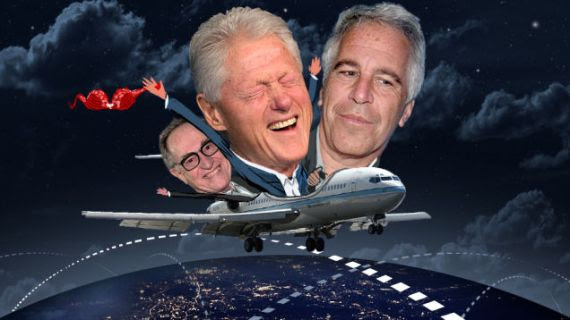 It’s long been known that Trump was good buddies with Jeffrey Epstein.

I’ve known Jeff for fifteen years. Terrific guy. He’s a lot of fun to be with. It is even said that he likes beautiful women as much as I…

Looking at the sisters – BAD to the last drop!

Nuke Pro – The Curious Spy Connections of The Maxwell Sisters

While we wait for the other shoe to drop with child rapist, Ghislaine Maxwell, let’s see what her bestie is doing . . .

We Have NO RIGHT NOT to be Vaccinated Alan Dershowitz

Alan Dershowitz does a Makeup Tutorial

The above Key is crucial to understanding the Blind article below. Very revealing. Moderate read.
Blind Article: https://t.co/yl29KLS39R

“Many people had forgotten (or maybe didn’t know) of ████’s family and their relations with foreign leaders. Especially third-world dictators. ████ was actually the missing link in a bizarre nexus of people who otherwise may never cross paths. From Hollywood celebrities, to global corrupt military leaders, to technology businessmen — ████ knew so many of them. Her father had paved the way, so it was easy for her to follow.

This is why, when the sexually criminal actions of ████ and Monster, began to be a “thing” among the rich and powerful — they needed more privacy. So it was ████ who found a very secluded island for their activities. This place and its many crimes have been documented many times (including by our pals at CDAN and in the mainstream press). But what is not as well known is this other foreign locale; nearly a country almost to themselves.”

This topic may be a big nothing – but the timing certainly is ODD – so we are writing about it. – FC

. Recall big headlines about 2 weeks ago when Manhattan’s chief federal prosecutor, Geoffrey Berman was suddenly canned.
He was in charge of the most powerful federal court in New York and maybe the nation. He was fired by DoJ boss William Barr.
Many interesting theories appear on the internet connecting this action to the arrest of uber-pedo, Ghislaine Maxwell.

🔥Why did Barr want to shut down Ghislaine Maxwell’s case at @SDNY⁉️ She’s got the goods on the kompromat AND PROMIS software money laundering… https://t.co/nrls0O6N4x

Raw Story did a lot of tweets about the Berman firing

If some want to delve into large money movements by Trump in NY real estate in the 80s the book, Assassination Of New York by Robert Fitch is a must read. Some are speculating about money laundering etc. and those transactions.

Kirby Sommers tweets on it. Lots of others weigh in on the #SDONY topic.

To locate work by Whitney Webb on the topic of foreign intelligence agencies and Epstein just put her name in the SEARCH box on the right sidebar.

To find stories about the Mossad etc. scroll to “Israel” in the SPEEDY LOOK-UP-BY-TOPIC box also on the right sidebar.

(NOTE: The FULL STORY, all 3 parts. Everything in this story is “alleged”, and based on our own sources. Things we have been told are fact. However, we cannot verify the 100% accuracy of these and some of them were translated to us through both Russian and Spanish interpreters, which leaves room for error. However, we believe it and leave it to you to make up your own minds. Thank you for all of your comments; passion for justice; and kind words).

She has already spent over a week trying to arrange the meeting, but was having a very hard time. Now? She is frantic. Apparently she was drawing more attention than even she could have anticipated. Because with everything going on, she never imagined that even Russian oligarchs would find her “too hot to handle”. After all, their relationships went back decades. Billions of dollars changing hands, and secrets that could change history of more than one nation.

“She” is a woman we will refer to as “MARI”. The best way to describe Mari is as a middle-aged foreign-born woman raised in a life of privilege, wealth, global luxury — and a legacy of criminal immorality that warps the mind just to fathom it all. Her own father had been a scandalous man in every way that would be the center of a million stories of his own. The things she witnessed and even suffered growing up would be enough to drive anyone insane.
Unfortunately, she decided to carry that torch herself. She has perpetuated that hell on her own.

She became the partner, co-conspirator, and confidant of a man who has grown to be one of the most disgusting, perverted, rapist animals of our current era. . . .

‘Friend of Israel’ is all-too-often a synonym for a dangerous criminal perpetrating, condoning, facilitating, or covering up organised paedophilia and child trafficking to advance the cause and agenda of a Greater Israel.

” . . . The soon-to-be-released Epstein: Dead Men Tell No Tales is an investigative work by journalists Dylan Howard and Melissa Cronin and novelist James Robertson.

According to the book, Epstein got involved with Mossad via Robert Maxwell, the British newspaper tycoon of eastern European Jewish descent and Ghislaine’s father. . . .”

Several now-censored reports from the 1990s and early 2000s reveal that Prince Andrew’s involvement with the minors exploited by Jeffrey Epstein is greater than previously believed.

” . . . Yet, since Epstein’s arrest in July, many of these older articles on Epstein and Maxwell, as well as those focusing on the Epstein-Prince Andrew relationship, have disappeared from the archives of several prominent U.K. media outlets that reported on these relationships years ago. “

Too bad for the palace, Whitney Webb found them.

Must read – this censored item:

On pedo-prince Andrew – “He used to be smart when he came back from abroad, now he hardly even wears a tie. He’s started having a girl massage him and manicure his toes. He even travels abroad with his own massage mattress. Please!””

“Nicole runs NJF Holdings, based in London, and has collaborated on investments with Silicon Valley personalities such as Eric Schmidt —Google— or Peter Thiel — Paypal.”

Many articles on voat – https://searchvoat.co/?q=Junkermann

The Meaning of Blue and White Stripes on the Temple at Little St. James – Mamluks and Pedos

And then we see it is from Academy of Achievers. That’s a mix of big biz, Hollywood and Epstein fans. Let’s look at who belongs.

We found this history of the organization page –

“The Academy was founded by Brian Blaine Reynolds, an acclaimed photographer best known for his contributions to Life magazine and Sports Illustrated. Reynolds established the Academy of Achievement to bring aspiring young people together with real-life heroes — the kind of achievers he met every week on assignment. The Academy’s first annual Banquet of the Golden Plate program was held at Monterey, California in September of 1961.

The Academy programs transfer knowledge, inspiration, advice, and the benefit of extraordinary experiences from one generation of achievers to students who will in turn become leaders in their fields. The annual International Achievement Summit has provided thousands of most outstanding students with an all-expense-paid life-changing experience — one in which young people whose dreams will determine our collective tomorrow draw inspiration from those individuals who have shaped our world of today.

Since 1961, these generation-spanning forums have allowed exceptional students to interact one-on-one with Nobel Prize-winners in the arts and sciences, public servants, prize-winning journalists, explorers, humanitarians, champion athletes, entrepreneurs, entertainers, and countless others who represent achievement in their respective fields. Such personal encounters send an enormously powerful message to students raised in a world that so often values the superficial and ephemeral over the monumental and enduring.” (more)

First off … LIFE magazine was a suck up to the CIA and anyone coming up through them has been compromised.
And, second, and more disturbing – it looks like this high budget operation wants to imprint US policy objectives to a young generation of future influencers they have picked out.