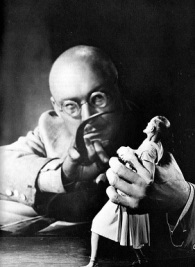 “Wonder why Epstein was so interested and (quite literally) invested in everything from eugenics to genetics to DNA studies? Wonder why Bill Gates is? Wonder why their friendship continued? These are the questions that should keep you up at night.
What else is the Club doing? Look at this recent posting from Crazy Days and Nights:

Two CEOs of the vaunted vampire’s tooth are the two individuals that people should be looking at. While you are looking at the nerd, these two are beta testing smart dust in two smallish towns in Northern California. The mayor and chief of police in town are the only ones they notified. The rest of the local elected officials, and the public have no idea. I always assumed the concept was still several years away. Apparently not.

What does this mean and portend? Turns out the vaunted vampire’s tooth is an acronym called FAANG, the leaders of facebook, Apple, Amazon, Netflix and Google. Meaning 2 of Zuckerberg, Tim Cook, Bezos, Reed Hastings and Sundar Pichai are experimenting on the American people with smartdust, likely designed to deliver a particulate payload straight into the human biosystem. A shortcut to vaccination? Where is Gates in all this? Is he having his familiars do the dirty work for him while he operates behind the scenes?” . . . (more)

Are they doing human testing of Smart Dust in N. California?

NOTE: WordPress is playing a little game with this blog. They are blocking my editing access, blocking comments and treating me like I’m not logged in when I certainly  am. What does WordPress care if the world knows about international pedo rings? Maybe they have something to hide. – FC