A meeting with Jeffrey Epstein led to a gift — and, now, regrets

“The MIT Media Lab’s schedule was cleared on a Saturday afternoon in October 2015. There was a special guest and potential donor visiting then-director Joi Ito’s office.

One by one, some of the highest profile professors at the Media Lab trooped in and presented their research, answered questions, and discussed their work with the prospective benefactor: Jeffrey Epstein.

Neri Oxman, a well-known architect and designer, whose work has been featured at the Smithsonian Institution and in the pages of Vogue magazine, said she was among those who spoke. She discussed her research on how art, science, engineering, and design work together and brought small-scale models of her sculptures. Ito and another senior MIT professor were also present.

The day was a success: Oxman’s lab, Mediated Matter, received $125,000 tied to Epstein over the years. And because MIT did not want the disgraced financier to use the gift to help rehabilitate his reputation, Oxman was told it would be kept confidential.” (more)

“Oxman asked those in her lab to prepare and send a gift to Epstein, according to documents shared by an MIT employee.

A graduate student, seeing Epstein’s name, flagged him as a potential problem.

“Have you read the articles about this Jeff Epstein? He seems pretty shady. . . . Just wanted to point it out in case you weren’t aware,” the student wrote to Oxman, who was in Barcelona at the time.

“Joi and I are aware,” Oxman wrote back. “I’ll share more in person when I return.”

In the e-mail string, Oxman added that “Jeff E.” should always be “confidential.”

But she also told the graduate student “do not worry, we are *not* sponsored by him, per my direction,” according to the e-mail.” 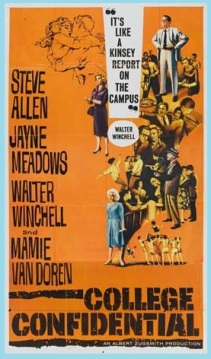