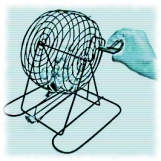 We tried out a search of Oprah pal and guru fraud, Deepak Chopra and got this right off the bat:

"Billionaire pedophile Jeffrey Epstein may have stopped trumpeting his million-dollar donations to charities in light of accusations he molested dozens of underage girls. But he continues to quietly distribute his wealth—including to the nonprofits of Deepak Chopra, Elton John and a doctor linked to President Trump—through a shadowy private foundation called “Gratitude America, Ltd.,” The Daily Beast has learned."

Deepak Chopra has a “retreat” in Riviera Maya, Mexico

In the same search – without doing any digging at all – we find his dad served as medical adviser to notorious pedophile, Lord Mountbatten –

"Deepak Chopra was born on October 22, 1946, in New Delhi, India, to Krishan Lal Chopra and Pushpa Chopra. His paternal grandfather was a sergeant in the British Indian Army, and his father was a prominent cardiologist, who has also served the British army as an army doctor, and was a medical adviser to Lord Mountbatten, viceroy of India." (and gigantic protected pedo!)

Now let’s wander off to look at Arianna Huffington.

We got her name from this headline touting a 2012 talk – Deepak Chopra, Andrew Cohen and Arianna Huffington

The HuffPo lady is prominently tied to Ghislaine Maxwell –

The other guy in the TimeOut headline is guru fakir, EnlightenNext chief, Andrew Cohen.

Maybe they are all represented by Epstein’s dinner companion, Peggy Siegal. She, coincidentally, is best buds with close Epstein and Wexner pal, Frederic Fekkai.

You know a few weeks ago when Ghislaine Maxwell and Kevin Spacey mocked royals by sitting on Buckingham Palace thrones?
Peggy Siegal did the same stunt at the House of Lords in the room where the queen gets her imperial state crown and ceremonial robes before addressing Parliament. 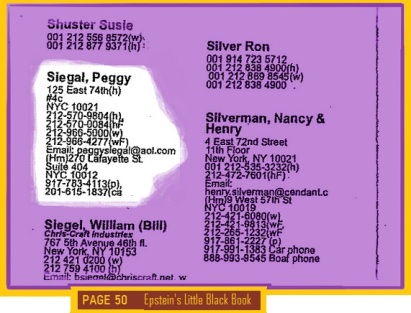 See the RESEARCH page for links to the Little Black Book.