Alan Dershowiz, the ex-Harvard Law School professor who is playing a central role defending Donald Trump in his Senate Impeachment trial, has been hit with new claims he had sex with an underage girl as part of Jeffrey Epstein’s sex ring.

The alleged victim, known only as Jane Doe No. 3, filed a new sworn affidavit Jan. 23 in a simmering lawsuit, not only doubling-down on her claims, but also making her vulnerable to perjury.

Daily Mail [UK] –
NXIVM sex cult was a pyramid scheme that swindled millions of dollars out of its members, forced people to undergo medical experiments and falsely claimed to cure conditions, lawsuit says

“More than 80 former members of the NXIVM cult that forced people to become sex slaves have filed a lawsuit claiming the self-improvement group was also a pyramid scheme that swindled millions of dollars out of people. “

UNDER PRESSURE Prince Andrew MUST know something about Epstein’s crimes and can ‘only hide for so long’, says victims’ lawyer

“PRINCE Andrew MUST know something about Jeffrey Epstein’s crimes, a lawyer for the financier’s alleged victims said today.
US lawyer Lisa Bloom declared “he can only run for so long” after it emerged the 59-year-old was yet to speak with the FBI about his paedo pal. . . “

This information comes from Jane, who was born into an illuminati family and was meant to be successor to the Queen Mother of Darkness. Thank you Jane for your courage and strength.

There are FIVE networks of organised child trafficking and abuse run by the Departmental Branches of the ill-uminati. Illuminati Structure Explained by One Chosen as a Mother of Darkness [1]

Each network is trained differently and run separately as a failsafe to ensure ongoing child trafficking actions, should one part be taken down. They do however cooperate.

The organisations that Jane says run child trafficking networks are 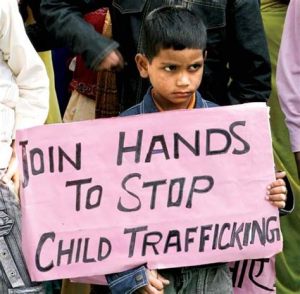 This is of course…

“Gloria Allred told BBC Radio 4’s Today programme: “We could, also, in our civil lawsuit, seek to subpoena Prince Andrew. Certainly, if he ever came back to the United States – that would be one of the first things that I’m sure a lot of lawyers, including me, would want to do.”

Ms Allred added: “If he has done nothing wrong, which appears to be what he has claimed, then why won’t he talk to law enforcement?”

This story is getting discussed on voat –

“The NBC investigation was broadcast at a time when they were a real news organization rather than a branch of the Democratic Party’s PR department, and provided internal State Department memos to back up claims of a massive Hillary Clinton elite pedophile ring cover-up.

“Serious allegations concerning the State Department,” the NBC anchor announced, before launching into the disturbing details that mainstream media would be unable to report on in 2017.

“According to internal State Department memos the agency might have called off or intervened into investigations into possibly illegal, inappropriate behavior within it’s ranks allegedly to protect jobs and avoid scandals.”“

NOTE – Shaun Attwood had this news before the Brit tabloids – FC

“A former police protection officer has claimed that Ghislaine Maxwell would visit Prince Andrew up to four times a day at Buckingham Palace and that the pair would enjoy picnics together on the grounds on the estate in London.”

They talked about the new legal strategy by Steven Hoffenberg that could unravel the mystery of Jeffrey Epstein’s financial empire.

Alleged sex trafficker Jeffrey Epstein had a dream: He wanted to ‘seed the human race with his DNA’

We just did a post talking about NXVIM’s Bronfmans and Canadian PM, Trudeau.

2018 –  ‘JUBILEE MUBARAK’ Who is the Aga Khan and why is his Diamond Jubilee being celebrated?

Aga Khan has millions of “followers” who give him money –

1. The Ismailis (followers of the Aga Khan) all professedly believe that the Qur’an was time bound and was not meant to be a Universal message for all times. They believe that their spiritual leader, Karim Aga Khan, is the “walking – talking Qur’an” and his “religious pronouncements”, whatever they may be, are the “guidance” for the present times. The fundamental article of faith that there will not be any NEW revelations or “wahy” after the Qur’an, is being completely violated by the Ismailis.

2. The Aga Khan has officially Declared himself, before his followers, as the “Mazhar of Allah on earth”. The word “mazhar” means “copy” or “manifest”. Consequently, these Ismailis who call themselves Muslims do “sujood” before him. So even the primary axiomatic principle of Tawheed is being fundamentally and formally violated by them.
—  http://www.themodernreligion.com/anti_muslim_main.htm

“Prime Minister Justin Trudeau found himself at the centre of an intensifying controversy in December when the departing ethics commissioner Mary Dawson said Trudeau broke a number of federal ethics rules when he went on a family vacation to the Aga Khan’s private island in the Bahamas over the holidays in 2016.”

The Canada theme gets more interesting when we think of the Bronfman clan and NXIVM having their base there.

The Aga Khan Museum is in Toronto.

Fellowship Of The Minds’ blog –

Clare and her sister Sara Bronfman were heavily involved in the criminal NXIVM as financial backers, committed followers, and trainers. On April 19, 2019, Clare Bronfman pleaded guilty to conspiracy to conceal and harbor illegal aliens for financial gain and fraudulent use of identification. She faces several months in prison when sentenced.”

Thanks to Mind Control Missile Murder Madness for the tip – FC

“Ghislaine Maxwell’s personal emails have been hacked, and damaging information, including the names of individuals linked to Jeffrey Epstein’s sex trafficking case, are at risk of being publicly released.

The revelation was made in a letter filed by the British socialite’s lawyers in the defamation case brought against her by Jeffrey Epstein accuser Virginia Guiffre, DailyMail.com has learned.”

“The Daily Telegraph reported that Maxwell used a secret mail server, and not a major service like Google, which can keep emails out of the hands of authorities, but which increased the risk of them being hacked.”

“Giuffre — who claims she was lent to the firebrand attorney for sex by the late disgraced financier Jeffrey Epstein — sued Dershowitz in April after he publicly denounced her as a “serial perjurer,” a “serial liar” and a “serial prostitute.””
“[Judge] Preska did, however, grant Dershowitz’s motion to disqualify Giuffre’s law firm, Boies Schiller Flexner, after the Harvard professor claimed he intended to call lawyers from the firm as witnesses at a trial.”

Yeah … that guy …. the one people know about from the Madeline McCann case.

Please follow @ciabaudo if you are interested in exposing the rampant Child Sexual Abuse that is rampant around the globe. Excellent research and some brilliant links. #GhislaineMaxwell #Epstein #freud #PrinceAndrew #PrinceCharles #OpChildSafety https://t.co/Bd42zQjw46